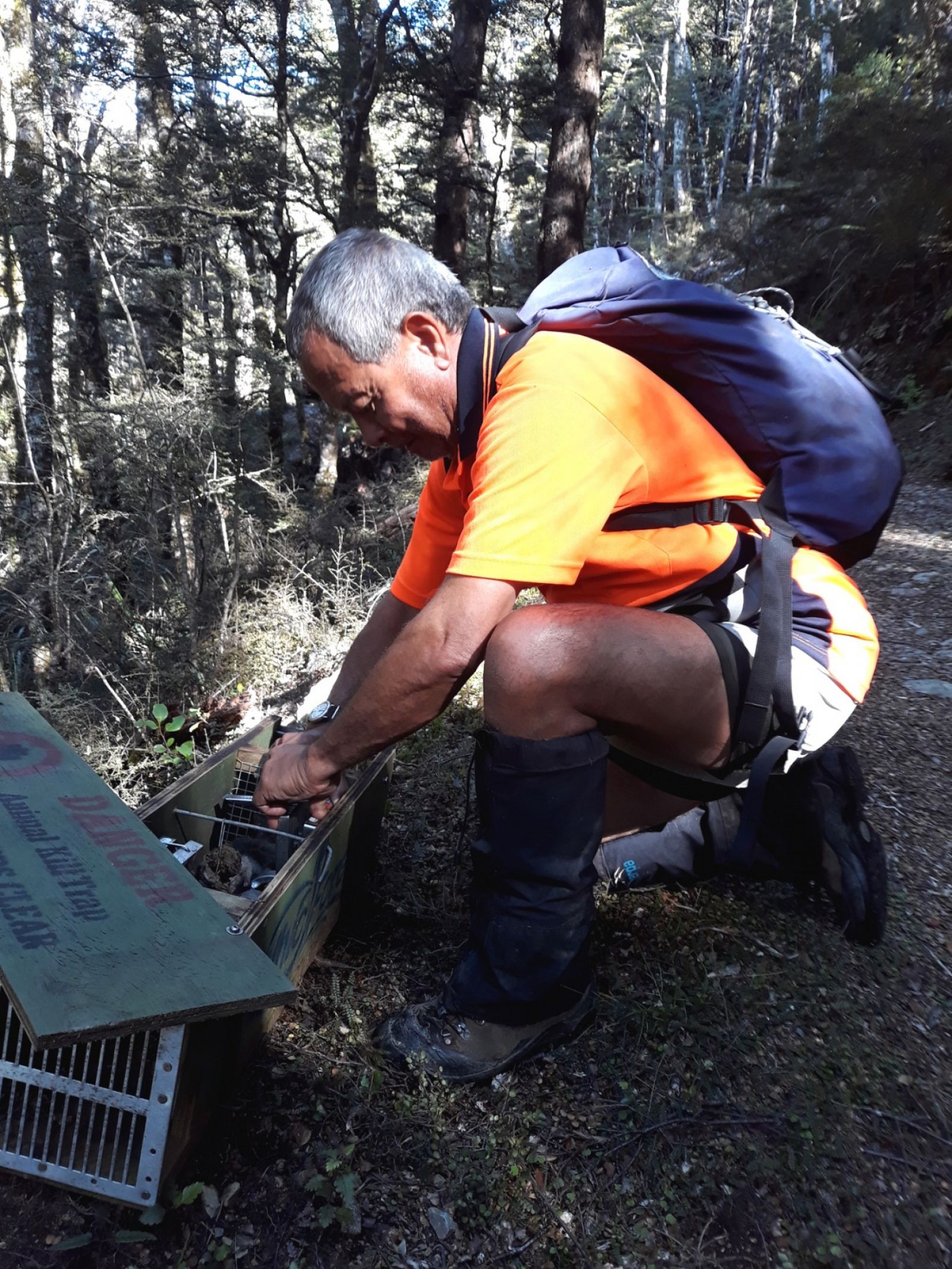 Non-native predators are having a devastating impact on New Zealand's forests. Friends of Flora volunteers have been trapping predators since 2001. In 2018, our trap network includes 1203 trapping stations and covers over 8,000 hectares. Traps are arranged every 100 m along lines, some of which follow public tracks, but most are off-track on marked routes. At each station there is a trap box containing one or two DOC 150 kill traps, targeting stoats and weasels. Traps are baited with either eggs or preserved rabbit meat and are checked monthly.

Trapping rodents at a landscape scale, such as the Flora, is impossible. DOC uses periodic aerial-application of 1080 to control rats especially following major beech seeding or masting.

Possums are at very low numbers in the Flora. In the past, we have trapped them, but numbers are so low, this is now not necessary.

A very important part of FOF's activity is monitoring what we are achieving. All trap catches are entered on a database and monthly reports are produced to show the number of mustelids and rodents caught. We use this information to determine if we need to change trap check frequency.

Throughout Kahurangi NP the abundance of pests is monitored using Tracking Tunnels. Inked cards are placed in these tunnels and as pests run through they get ink on their feet which leave footprints on white card at the ends of the tunnels. The proportion of tunnels with pest prints provides a relative measure of the abundance of the pests. FOF carries out such surveys in the Flora several times a year. This information is used to determine the need for additional pest control.

Masting, when the beech trees produce huge numbers of seed, occurs irregularly and is followed by outbreaks of rodents, with subsequent rise in the numbers of mustelids. DOC monitors beech flowering by collecting flowers from the canopy and FOF monitors seed numbers using funnels that catch the falling seed. This information indicates the need for mast-driven, additional pest control a year in advance.