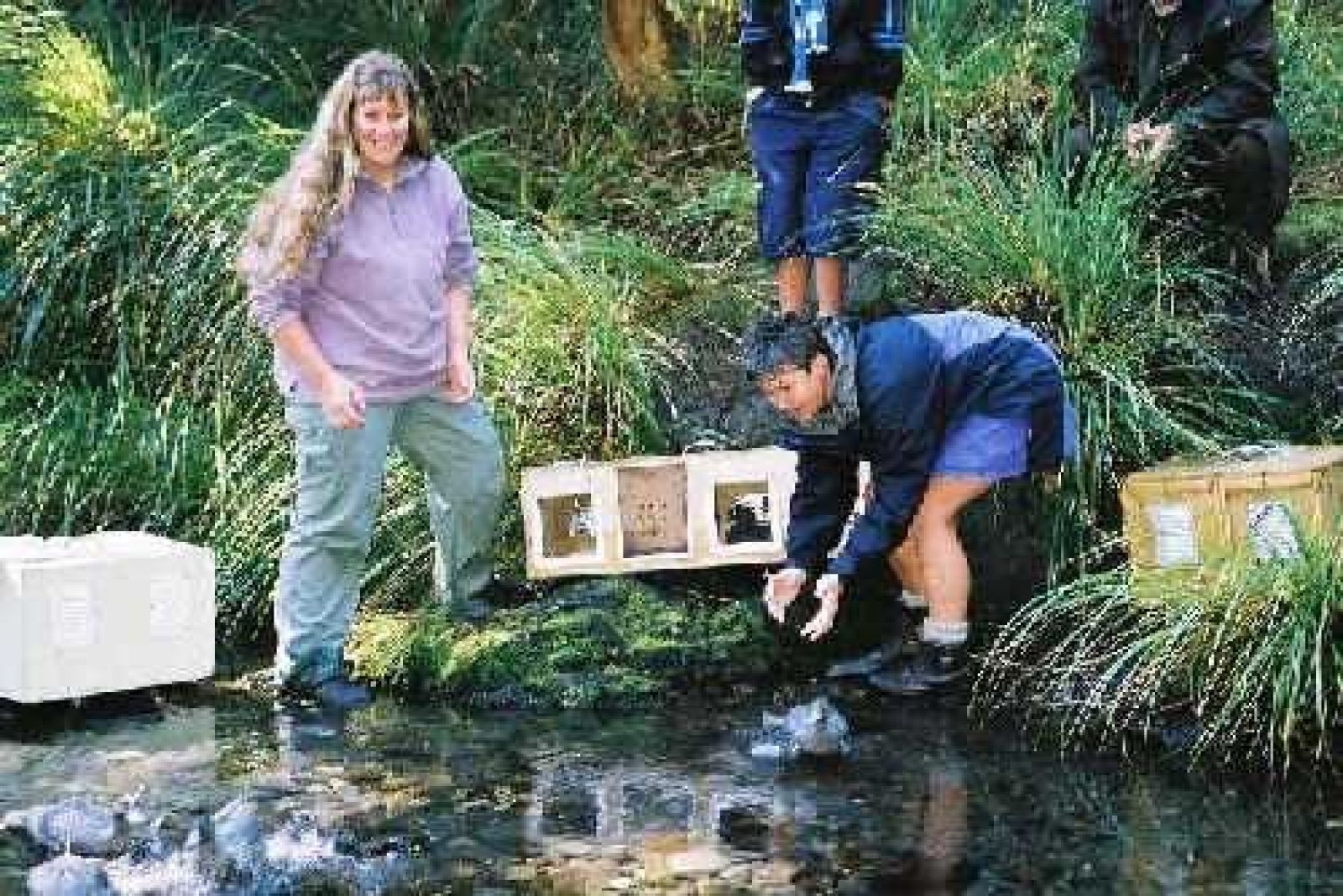 One of the original aims of Friends of Flora was the re-establishment of a sustainable breeding population of Whio in the Flora Stream. This involved reducing stoat numbers to low levels so that juvenile Whio could be released into the stream.

The female DOC translocated into the Flora partnered up with a wild male in 2007 and they fledged 3 young whio. We are now leaving the whio population within the catchment to their own devices, allowing nature to take its course. 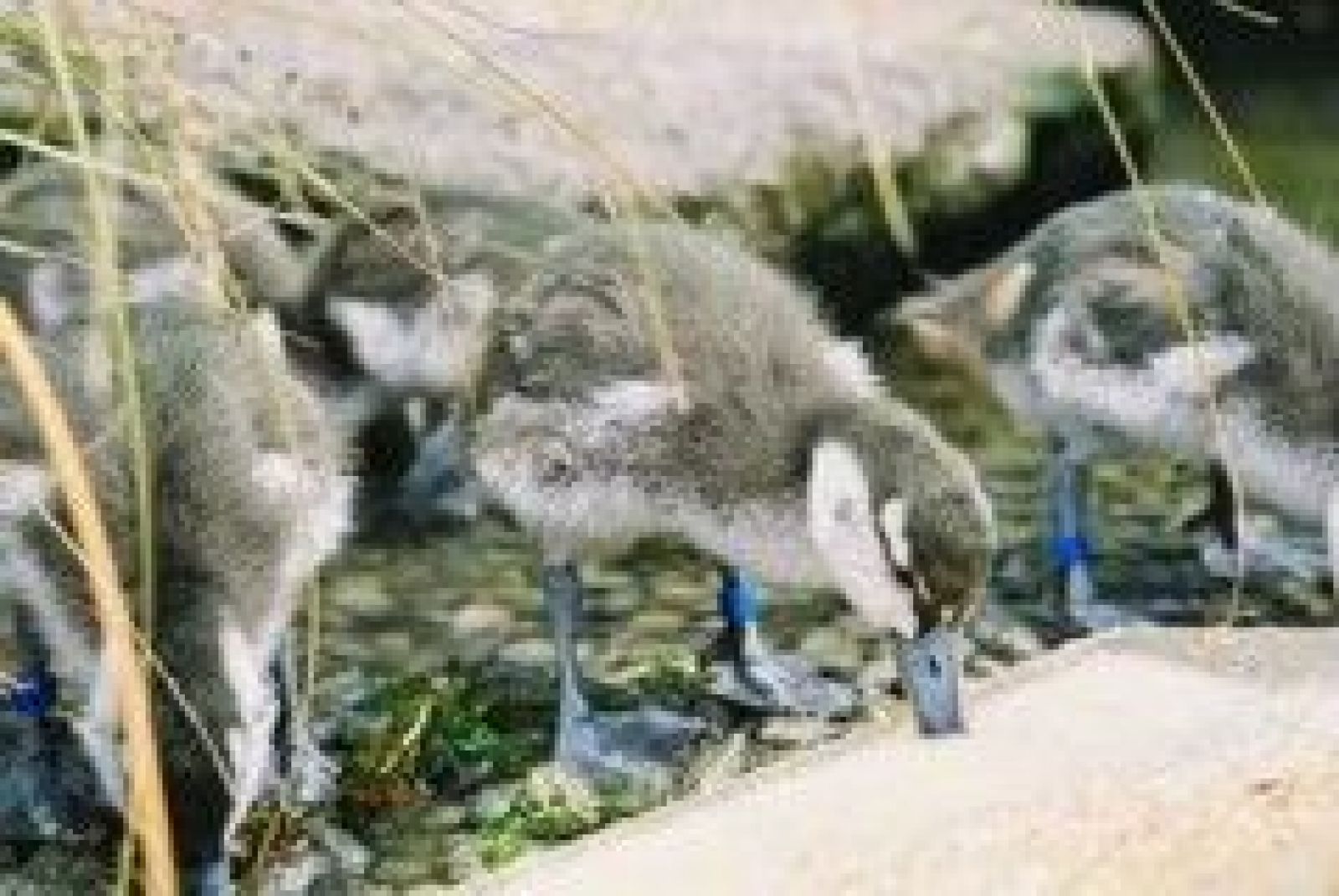 By the year 2000, whio numbers in the Flora catchment had dropped to two lone males. As part of our conservation strategy we aimed to bring the numbers back to a level at which they could breed naturally, and keep the numbers at a sustainable level for the Flora Stream/Upper Takaka River.

Learning the hard way: In 2004, ten captive raised young birds were released into the Flora catchment in an attempt to restore the population. Six birds did not adapt well and died from starvation. The reason was found to be a combination of the young birds not being fully prepared for life in the wild and also a lack of sufficient easy food supply during a particularly harsh winter in the high altitude of the Flora Stream. The four survivors were returned to captivity and then released into the Rolling River in January 2005. These birds have since maintained good condition and have successfully raised young. The only positive we were able to take from this was that none of the birds were taken by predation, which is some consolation.

Wild flightless juveniles: In February 2006 DoC translocated a wild raised female duck into the Flora. This is a relatively new technique. The idea is to translocate the wild duck into its new area, at about 8 to 9 weeks of age - as a pre fledgling, just before it can fly, in the hope it will have become used to its surroundings by the time it can fly, and will decide to stay.

The female DOC translocated into the Flora, Maryann, partnered up with a wild male (since named Bill) in 2007 and they fledged 3 young whio. These were the first whio successfully fledged in the catchment in 12 years.

DOC translocated further whio into the Flora in the next 2 years and we are now leaving the whio population within the catchment to their own devices, allowing nature to take its course. With FoF's ongoing trapping we hope that the population will continue to increase.